The puppy season is upon us.  Yes, tons of puppies everywhere, including my own FERGUS.   As, a dog parent it has always been important to me to get my dog fixed at the appropriate time.   FERGUS is just 1 week short of being the whopping 6 months old.   Is this the right time to fix your dog?  Do you know when to fix your dog? 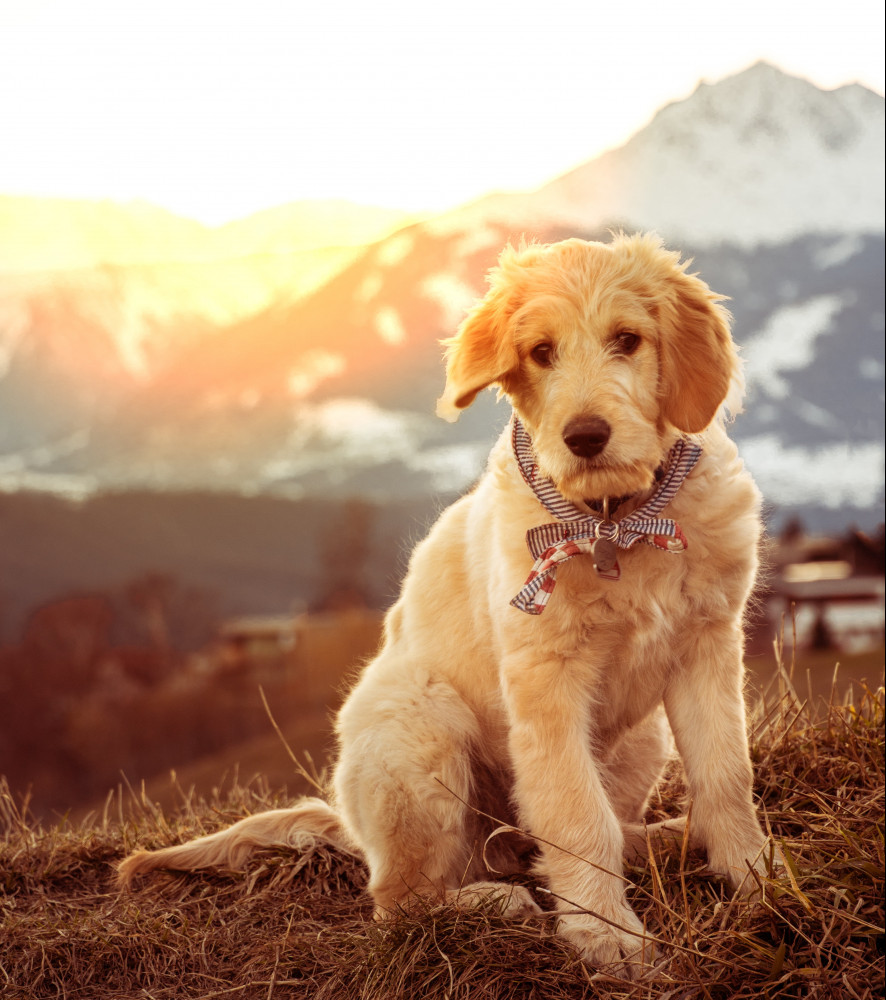 You maybe surprised to find out some reasons that it is very important to fix your dog.  Being a dog parent means we are the ones that are responsible for our dogs health.   We are the ones making all their decisions for them, so that is why it is key that we know all the facts.

First let’s talk about the difference between spay and neutering a dog. 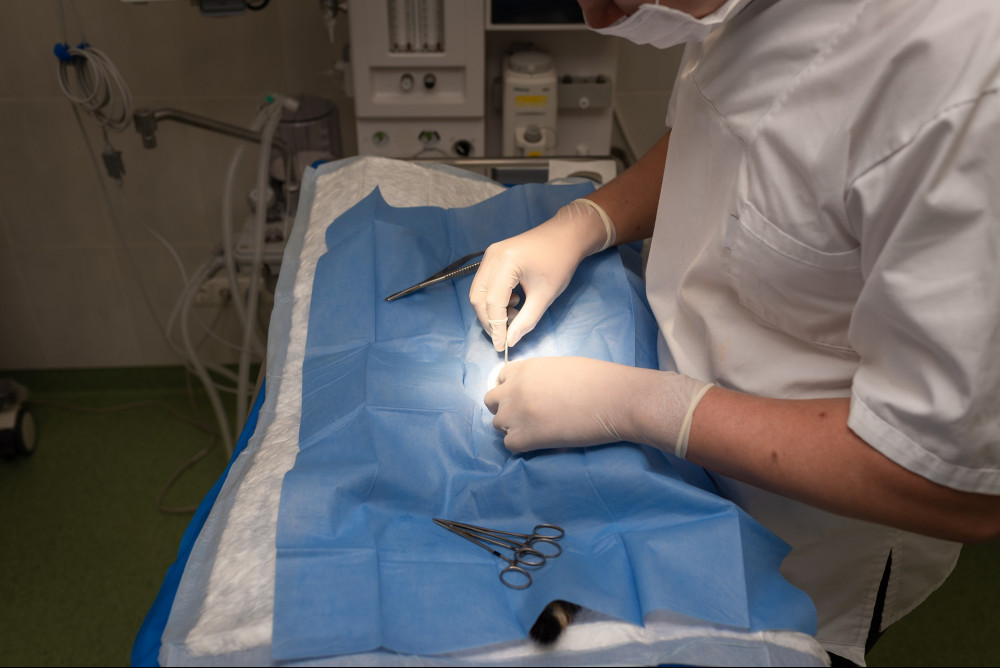 Both of these procedures are done in one day.   You typically drop your dog off in the am and the pick them up later in the that same day.   For female dogs, they are almost guaranteed to be sent home with an Elizabethan collar.  This is the dreaded cone that we are all familiar with.  Male dogs on the other hand may not need to wear the collar.  The reason for the collar is to protect the incision area and to ensure that our dogs aren’t licking it constantly.  Sometimes I think dealing with your dog in the big plastic cone is worse than the whole procedure.   At least for us dog parents anyway.

Now at least, there has been some new developments of products that we can use instead of that invasive cone.  We can know opt for a soft inflatable protective donut or collar.  A surgical one piece in some cases is now an option for smaller female dogs, and even just a good ole pair of boxer shorts for the males.  That one came from a friend of mine who put a pair of men boxer shorts on their dog Sam.  He looks to darn cute.

What age is recommended

The traditional age to fix your pet, is between the age of 6 mos – 9 mos old.  This has been the case for decades.

For females, the recommended age has also been in the similar range of 5 – 9 mos.   Getting spayed at this age is meant to spay them before the female goes into heat for the first time.   There can be long term issues if this is done after they have gone into heat.

These age recommendations over the past few years, have changed quite a bit.    Today some Vets will neuter a male as early as 8 weeks old.   But as always, you need to talk to your Vet personally and follow their advice with your individual dog.

Now all this information is great for puppies, but what about if you rescue a dog or you get an older dog from other means and they are not fixed.   Is it OK to fix a dog at any time?  The answer is “YES” there is no upper age limit to fixing a male or female dog.  The reason puppies are recommended to be fixed early is, it has been shown to have some positive health benefits.

Again this is a different situation for each dog, so always make sure to speak at length with your own Vet.  They will help you decide based on the actual dog and their personal health situation.

What are the benefits

We have discussed what fixing your dog is and at what age it is recommended.  Now it is time to talk about all the benefits your dog will get if they are fixed.

As you can see from this list, why it is so important for our pets to be fixed whenever possible.  The health and behavioral benefits are huge.

Over the past decade, something now described as “early age desexing” a puppy has become popular.   The difference between this procedure and getting your dog fixed is the age at which the medical procedure is done.

Typically, this desexing is done around 8 weeks old rather than at 5-9 mos age, so at a much earlier age.  This has become popular with shelters, breeders and rescue agencies.  It helps to control the pet population.  Usually done before the pets are adopted out.

Did you know that a kitten can actually become pregnant as young as 4 mos old.  Yes they can.  This is just one example of why fixing animals early can be necessary.

Doing the procedure at this age is much faster and less traumatic for the animal.  The main reason for this is the anatomical structures are much smaller and overall there is less to remove.  Even the incision is smaller.  Again simply because they don’t need such a big opening to do the procedure.  A shorter surgery, also means less time needed for the animal to be under the anesthetic.  All of these reasons are making this far more popular than say 15 years ago or more.

This desexing is not without controversy, as some Vets and specialists believe that it can actually delay the closing of the growth plates.  For both male and female dogs this can lead to cruciate ligament disease.   By waiting til that growth plate closes, the risk of ligament disease is far less.  On top of this issue, is the increased risk of obesity, epilepsy, urinary tract incontinence and as an older dog canine cognitive disorder “dog dementia”.

The debate goes back and forth, but like all decisions for your dog, there are not right or wrong answers.  It is always best when you and your Vet decide together what is best for your dog.

Our boy FERGUS as I mentioned, is just about 6 months old and was fixed just yesterday.  We have always been responsible dog parents and made sure that as soon as our Vet recommended it was time, we followed his direction to go ahead.

We brought him home yesterday mid-afternoon and he was a bit groggy, but honestly no worse for wear.  They did not send him home with any kind of protective collar or cone.  When we asked, they usually said they can tell right away after surgery if a dog is going to be focused on licking a lot, and he wasn’t.  They said wait to see how he does and if needed we could buy purchase one.  So far so good on day 2, but time will tell.

With our previous Labradoodle FINNEGAN, we got him from a breeder at 8 weeks old, and he came to us already desexed.  The breeder wanted to make sure that anyone purchasing their puppies was not able to breed them.  By desexing them at a young age, they could ensure that they aren’t been used for breeding.  Essentially guaranteeing no competition for them.

I will say that FINNEGAN through his almost 11 years did have some health problems like Addison’s Disease, but as far as I know, there is no link to him being desexed or fixed at an early age.

So as you can see 2 of my dogs in the past 11 years, were desexed or fixed at different ages.  This just reiterates, that there is no one way to do something when it comes to our dogs. Things like medical health and care for dogs is always changing and new studies are always being done.  I think it is important to get as much information as we can and makes our the best decisions we can for our dogs.

I hope that you have found all the information you were looking for about when to fix your dog.  If you have any questions or comments leave them below, I would love to hear from you.